Will there ever be a 15th Dalai Lama?
Posted by Unknown at 10:35 No comments:

Check out my latest article, published by Blue Osa, about living in the Osa Peninsula  HERE. I really loved writing this piece. It's been almost two years since I first stepped foot in the rainforest and now, with the aid of hindsight, I was able to look back on my beloved trips, then and since, and feel true gratitude for the people that accompanied me along this adventure.

“Nothing is ever really lost to us as long as we remember it.”
― L.M. Montgomery, The Story Girl

Is the era of classic books dead?

As a writer I have to hope that no, of course classic books aren’t dead. After all, we still have incredible authors but last night as I lay in bed I wondered about the future of newly published novels developing into ‘classics’.

I was blown away, as so many fans and non-fans alike were, by The Hobbit. A trilogy directed by the wondrous Peter Jackson and derived from the incredible fantasy novel by J. R. R. Tolkien. I’m also a little – okay, a lot – obsessed with Game of Thrones, HBO’s fantasy series created by D. B. Weiss and David Benioff and based on the bestselling author George R.R. Martin’s books. The first is without a doubt now commonly referred to as a classic. The second is currently engaged in a debate within the literary world as to whether or not it should be accepted into the clique, with some critics believing its worldwide recognition is solely due to its adaption. Did the HBO series come too early for George R.R. Martin? After all, if there were no adaption, would Game of Thrones not fit the criteria?

Whilst to discuss what a ‘classic’ actually is, is a separate and intrinsic debate in itself, it is important that I quickly note that Game of Thrones does have some qualities that resonate with the criteria, that many have said makes a classic. According to Richard J. Smith’s studies of the I Ching, (an ancient Chinese literature manual) classics address fundamental issues of the human condition in “‘beautiful, moving, and memorable ways,’ with ‘stimulating and inviting images.’ Third, it must be complex, nuanced, comprehensive, and profound, requiring careful and repeated study in order to yield its deepest secrets and greatest wisdom.” – sound familiar? Well, I suppose that depends on your opinion of Game of Thrones.

So back to the point, let’s look at what seems to be the cycle thus far. A great book is written. At the time of publication it is either quietly popular or limited to a niche market. After all, the Hobbit was “once upon a time, largely ignored by the literary world, dismissed as beneath notice” (Mandala 2010: 2). Then, boom the technology era; a Hollywood blockbuster catapults the book into a ginormous franchise. It explodes into a cult classic. Its following expands and reaches parts of the world that it never has before.

For the Hobbit, such an event has not affected its reputation as a ‘classic’ because it had already gained said acknowledgement before being turned into a movie trilogy. Unfortunately for the current book world, this is happening faster than ever and long before a book has earned its prestige.  In a fast-paced world no one has the patience to wait around and see if a book can withstand the test of time and earn a place in the exclusive group of classic novels.

Which leads me to ask, if all great books are getting turned into movies (pretty damn fast might I add), does that mean that books just exquisitely detailed plans for Hollywood blockbusters? In the future, will people simply “wait for the movie to come out”? Are writer’s works only successful these days if they’re optioned by a production company? Or will books be left alone to mature like a fine wine and become a cult classic of their own accord?

Looking at the entertainment industry we can see that on one side we have film, television and online streaming and on the other side we have books, columns and blogs (not including the third, awkward cousin that is encompassed in theatre, musicals, plays, speeches…). The two are no longer mutually exclusive and the lines are beginning to blur, forcing writers to encompass all things, novels, blogs, screenplays etc. Perhaps this isn’t a bad thing, after all, the movies can be exceptional but they can also be a dramatic butchering of the books – Stormbreaker anyone? Would it not make a nice change, a welcome break, to see a book stand alone?

Or perhaps adaptations are not to the detriment of novels. Yes, people will watch the movie instead. Yes, the gap between publication and premiere release date is becoming smaller but that doesn’t mean that fans of the novel (both before and after seeing the Film/TV series/Netflix original) will not continue to read the book, long after the adaptation has run its course. If despite a motion picture (either good or bad) the book is still being read years after the death of the author, then we can continue to create classics because they have withstood the test of time! As the entertainment industry is changing, the most we can hope for is that the teachers of the 22nd Century will encourage students to read the book before they jump into their 4D virtual simulations or whatever other crazy advancement they might have then.
For George. R. R. Martin his future readership (a dedicated bunch) may save him yet and till then, there’s nothing wrong with indulging in a bloody good binge session of Game of Thrones because really, who can't resist this..

Make noise and you'll be heard! 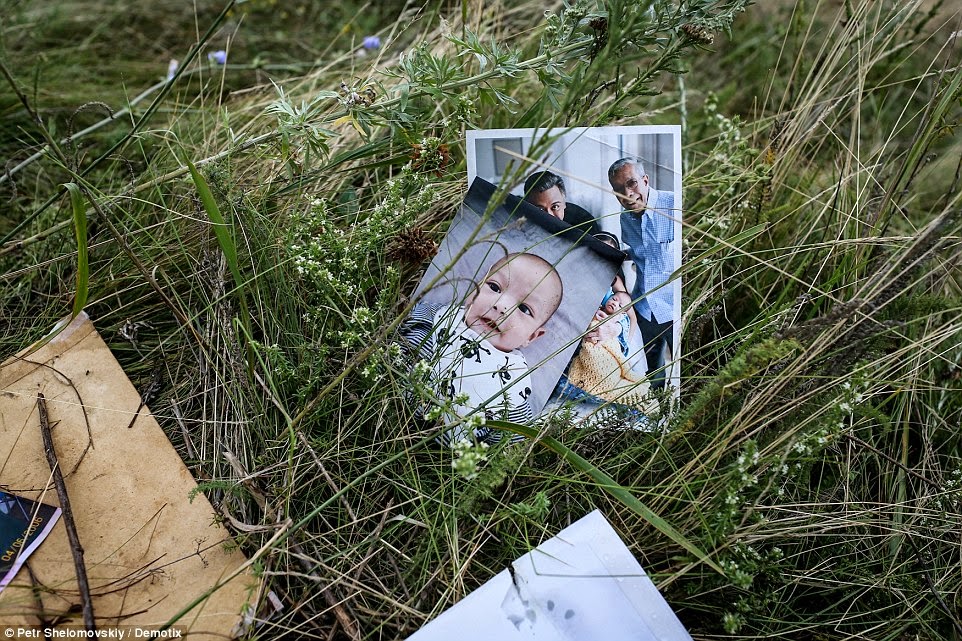 It’s very easy to find ourselves watching atrocities blurt across our TV screens and remain immune to them, defeated by our inabilities. After all, ‘we can’t do anything about it’. Watching the media coverage of flight MH17 has had me screaming at the newspaper sites and the TV, frustrated and feeling hopeless. There simply HAS to be something that I can do.

Then I remembered what my father told me “make noise and you’ll be heard. It’s the squeaky door that gets cleaned.” He couldn’t be more right.
I was thinking about the flight last night. When we get on a plane, we sign a non-verbal agreement that we sub-consciously accept that this plane could crash. It’s the same agreement we sign when we get in a car, or on a roller coaster. We way up the odds, assess the risk of danger and then decide if it’s worth the risk – often the risk is so minor we rarely even think of it at all.
It is a complete abuse of trust, that the people on flight MH17 had no concept of the third danger. People on land shooting a missile at their aircraft. It’s difficult to comprehend, unfathomable even. How can we digest that? How can we ever way up the dangers when such an occurrence is completely unimaginable? Things like this only happen in Bruce Willis movies – right?
I began to feel afraid, for this third danger I’d never comprehended. Then I realised that by allowing myself to feel nervous about flying, I would be allowing the terrorists to win – after all, by definition a terrorist is someone who creates a sense of mass panic and fear in the pursuit of political aims.

When I woke up this morning, I was faced with a brutal and descriptive account of the crash site and the mistreatment of the victims. These victims were people, they were friends, families and loved ones. For us to dehumanise them, that would be the injustice! The reporter (Iain Birrell) described the body of a little girl, the photographs of a family with a new born baby (the camera had been looted) and even the unsanctioned removal of bodies by the supposed Russian government. Andrew Marr emphasised this saying, “what we’re seeing from the Russians is obfuscation and obstruction.” Sadly, I doubt anyone will ever be held accountable for such loss. But to focus on that would be missing the point, as Alexandra Anghel, the sister of a Canadian victim said “that won’t bring my brother back.”

What we should all be fighting for here is dignity and respect for the people who boarded that flight. And yes, this is an emotionally charged blog entry because how can it not be? More than anything right now, I want those people to come home. To be reunited with their families. To be treated with love. Andrew Marr emphasised that this should be happening, after all “there is one party in the world who clearly has the ability to snap his fingers and it would be done and that is Vladimir Putin.”
Whilst there is so little we can do, there is a lot our government can. They can place pressure on Putin who, in Cameron’s words, “must do more.” With the influence of David Cameron we can bring them home. That is why this morning I contacted the Prime Minister’s Office, wanting the reassurance that our government is representing the needs of its people and I urge you to do the same, if not only to show your support. The only thing we can do is use social media to put pressure on the government to act (hence the blog entry). Because, I can’t stand by and watch the news coverage anymore.

If it were your friend, family member or loved one, you’d want the backing of the nation to help you bring your babies home. Hopefully with the British Governments assistance and their cooperation with other nations, all families can be reunited with their loved ones.

Make noise and you’ll be heard.

CONTACT THE PRIME MINISTERS OFFICE HERE: https://email.number10.gov.uk/
Posted by Unknown at 05:02 No comments:

Love lines your heart like a vein,
Wrapped around in disdain.

I trace the blue rectangles on your hands
And watch the narrow paths descend.

Love lines like a broken map;
A crossroad, that takes you off the track,

Follow down the single strand,
Watch it stretch and disband…

I feel you walking alongside me,
But parallel love lines, will never be.

Love lines are like a queue!
Because you love her, and I love you.

Love is not a heart, a circle or wine,
Love is simply, a broken li-